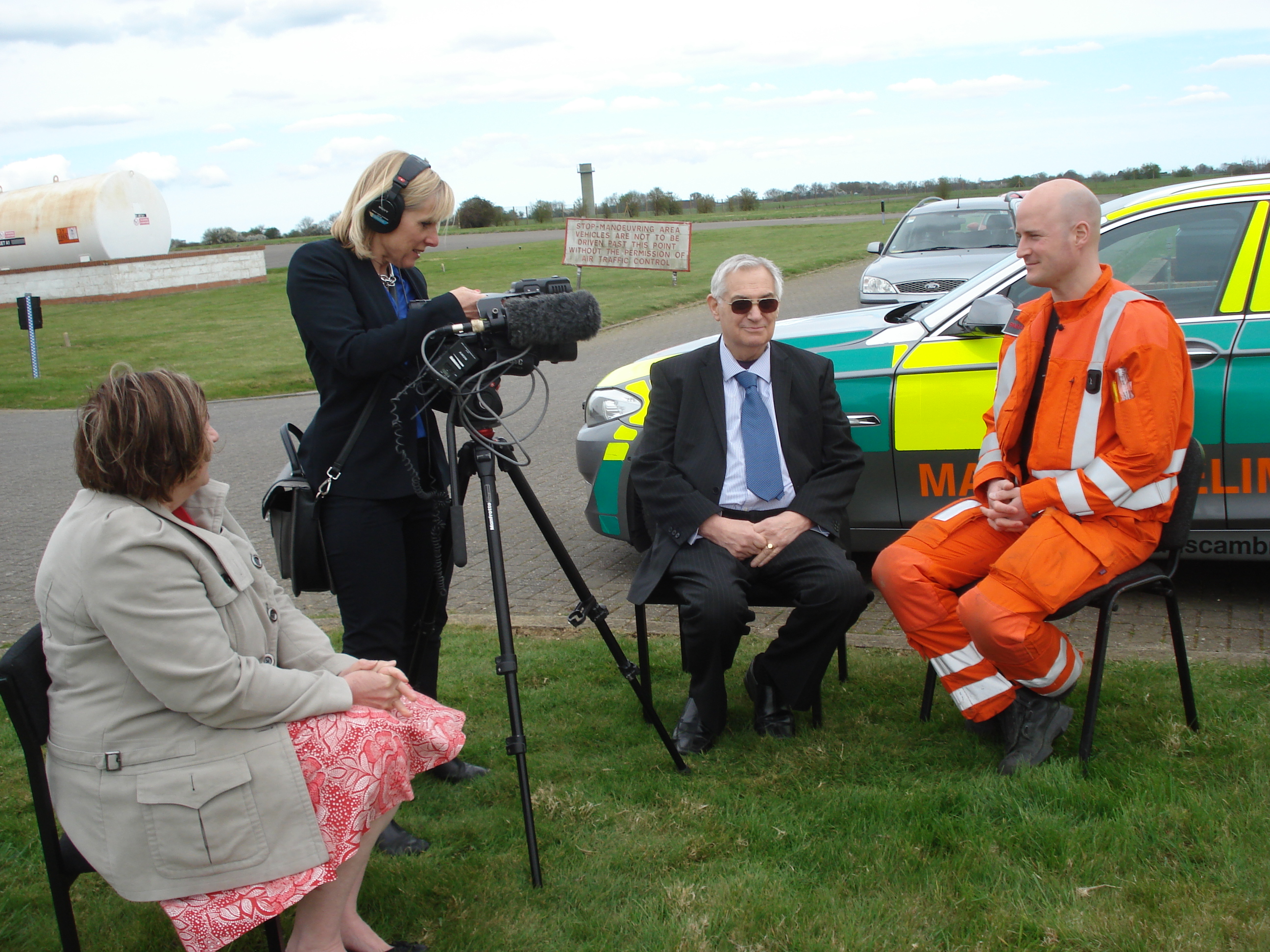 When Alec Molton set off from his Suffolk home for Stansted airport on 3rd June last year, the only thing on his mind was the family holiday to Spain he was about to embark on. Once at the airport and shortly after checking in, Alec turned round to his loved ones and said, “Sorry son, I’ve had it”, whilst suddenly feeling horribly unwell. Alec collapsed and went into a near-death cardiac arrest. The Worlington father of two needed crucial help and fast, or he would not survive. No one could have predicted that at that very moment an off duty, specialist lifesaving paramedic (from Ely) would also be nearby with his wife and child, ready to go on their family break abroad.

On this fateful afternoon, Magpas Helimedix Paramedic Dan Read had also just arrived at Stansted Departure Terminal with his wife and their young daughter. They were getting ready to check their bags in and were just organising their passports and tickets. Whilst Dad Dan was looking after his little girl, his wife saw a man had fallen to the floor and airport police were trying to help – something was seriously wrong. She immediately told Dan who instinctively clicked into ‘work mode’, he joined the throng of people who were gathering around the man and offered his assistance. Dan then took charge, stopping any confusion from setting in and helped to provide enhanced life support for his fellow traveller. The man in question was of course 70 year old Alec Molton.

Dressed in shorts, flip-flops and a T-shirt, Dan provided structural organisational skills whilst working alongside the Airport Police, to help save Alec’s life. They were soon joined by the Airport Fire service who brought some extra medical kit with them and two nurses stepped in to assist. An EEAST Ambulance Service Paramedic Crew then arrived to help. Whilst this was all going on, as with his day to day professional role, Dan directed everyone as to what needed to be done to keep Alec alive.

Shortly afterwards, the Essex and Herts Air Ambulance Air Crew flew in to Stansted Airport. Pre-Hospital care Dr Ash Vasireddy and Critical Care Paramedic Jo Lambert arrived at the scene and saw Dan, their fellow off duty Magpas Helimedix Air Ambulance Paramedic (and colleague) performing crucial CPR for their patient. All three specialist medics then worked together to provide enhanced pre-hospital care for the Alec, before the air ambulance crew accompanied him to Basildon Hospital. Whilst all this was going on, Dan didn’t once consider whether he was going to miss his flight. Looking back to that day, when asked if he feels heroic, he replies, “Absolutely not! I’ve got the specialist skills to use and I wouldn’t think twice – in or out of work”. Dan and his family did eventually manage to catch their flight after Stansted fast tracked them through.

Eleven months on and it’s been a long recovery process, but Alec Molton is doing really well. So well in fact that Alec wanted to say thank you to everyone involved that day, but he especially wanted to thank Dan. Alec and his family have been trying to get in touch with Dan over the past few months. Recently, Alec and his wife finally met Dan to thank him personally for everything he did on the afternoon of 3rd June 2015. They were also joined by the Essex and Herts Air Ambulance Air Crew, as we highlighted the sheer passion of all our Air Ambulance Charity Paramedics and Doctors across the Eastern region – for the frontline care they bring to patients suffering life-threatening illnesses or injuries…whether the medics are at work or not, as the case may be!

Why not get involved in a fundraising challenge and help raise vital funds for Magpas. Find out more