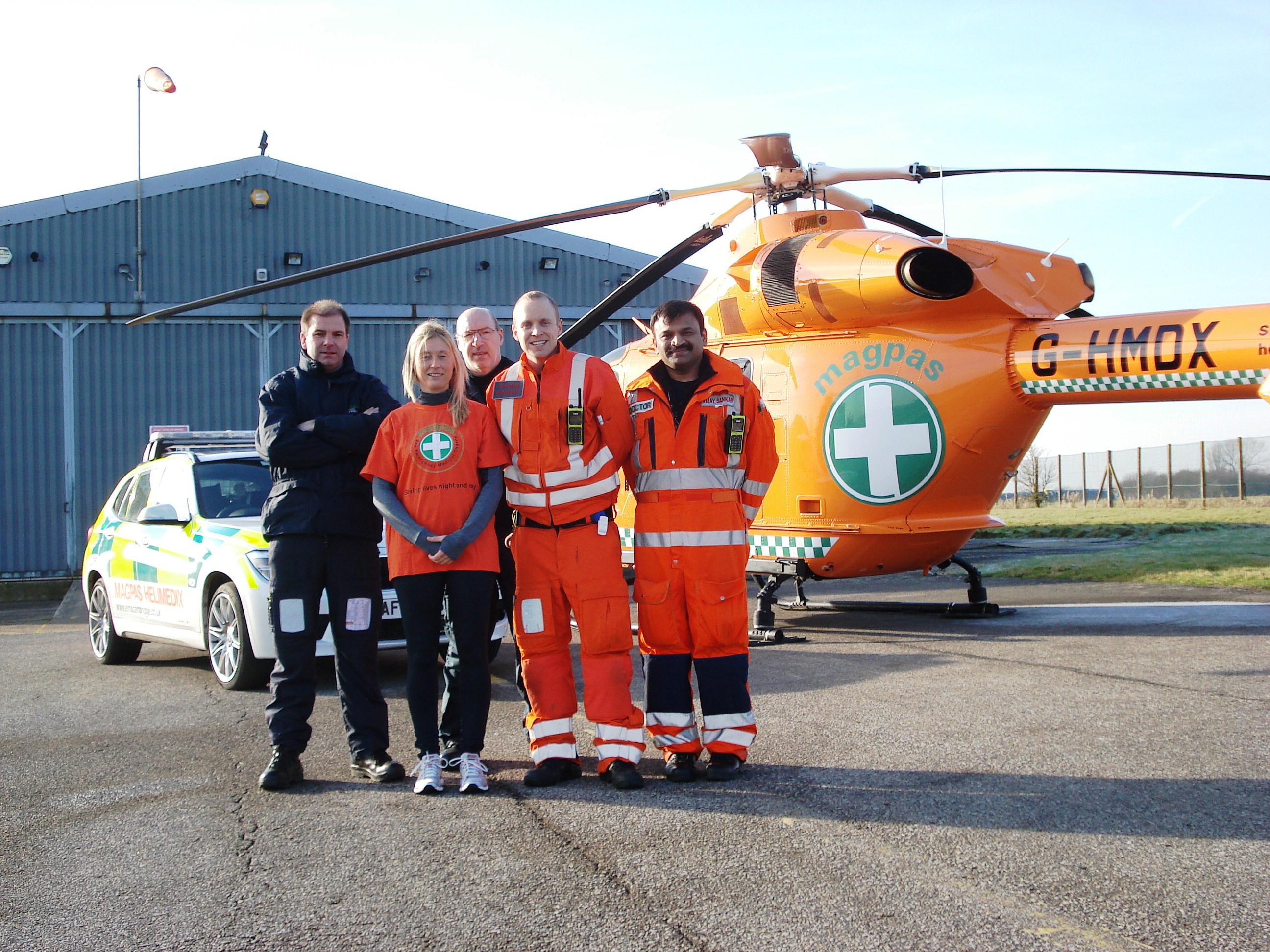 Despite having two metal plates and 11 screws literally holding her right ankle together, 40 year old Cat Elliott from Newmarket is determined to complete all 26.2 miles of the London Marathon this coming April, for Magpas Helimedix.

On 19th March 2014, Cat was out riding a racehorse when she suffered a severe fall leaving her with a shattered, fractured, acutely dislocated right ankle – and a foot that was so badly bent, it was cutting off her circulation. Not only was Cat in agony, but she also needed her foot to be manipulated back into her ankle, before going to hospital. Without the right expert advice and treatment, she was at high risk of not being able to walk unaided again!

Cat remembers, “I was shaking and I needed someone to make the right decision about what was best for my injuries. The Ambulance Service were there and doing a good job, when one of the paramedics said, “We need to get a whirly bird here right now”. It was then that I realised I urgently needed advanced care, or I would suffer permeant damage to my leg”.

Cat goes on to say, “When the Magpas Helimedix team flew to me, it was a great relief. They took control, dealt with my awful situation and made sure I arrived at Addenbrooke’s Hospital in a comfortable condition”.

As soon as she was able, Cat who works for a Newmarket horse trainer, set herself the challenge of running the London Marathon. She wants to raise the amount it would have cost to fly the Magpas Helimedix Doctor and Paramedic (with their specialist drugs and equipment) to her in March. In the early days, when she was learning to run again, she could feel the plates in her leg and it was really sore! The biggest difficulty for Cat has been her stronger left leg, which has been compensating for her more fragile right leg. As a result, she has had to have intensive physio, to release the deep muscle tension.

Recently Cat came up to the Magpas Helimedix Operations Base to meet Magpas Paramedic Paul Sallis, who helped to save her lower leg. She thanked him and said, “I remember the first time I saw Paul and his fellow Magpas Helimedix Doctor Nick arriving at the scene of my accident, I knew everything would be ok”.

Cat went on to say, “Just visiting here and seeing what Magpas does, makes me all the more determined to keep on training for the London Marathon. My aim is to raise at least £2,500 – I can’t back out this now! In fact, I think it’s good for everyone for set themselves at least one challenge in their life”.

Paramedic Paul explained how it felt to meet Cat again, “It’s wonderful to see her doing so well. She’s obviously really focused on her training and we all very much appreciate what she’s doing for us. A lot of people would just concentrate on getting better, but Cat is clearly on a mission! We are hugely grateful to her. Magpas Helimedix can only carry on providing specialist care to seriously ill and injured people, in the East of England, in their moment of need – thanks to charitable donations”.

If you would like to sponsor this extremely inspiring woman, here’s the link to her fundraising page: 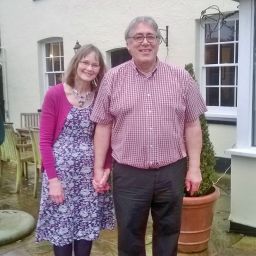 John is from Essex, this is his story