Little Hertfordshire girl given chance to fight for life 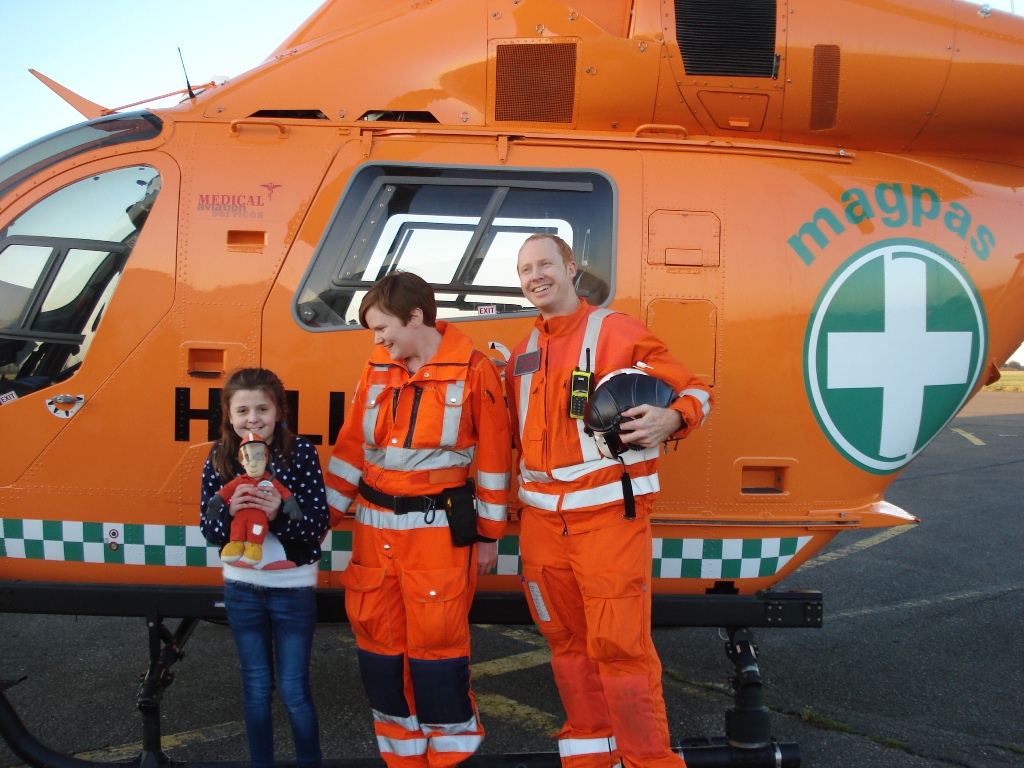 Imagine how you’d feel if you were at work, knowing your nine year old daughter was happily playing with friends after school, when the phone rings and you’re told your child has been hit by a car and is dying at the roadside?

At 5pm on the evening of 12th September in 2013, Abaigh O’Gallagher was out playing football in a park in Hemel Hempstead, when the ball rolled out into the road. When Abaigh ran out to fetch the football, she was hit by a car and left with severe, life threatening head and body injuries. Her father, Patrick, says, “I remember rushing to the scene of Abaigh’s incident. I kept telling myself she was going to be OK. When I got there the area was cordoned off, there were lots of emergency vehicles and loads of people surrounding the perimeter. I ran to where Abaigh was lying. She looked so poorly, I held her hand and reassured her that everything was going to be alright”.

Patrick explains, “I can remember people saying it didn’t look good and feeling scared to the core. The first I can recall about feeling better was when I was told specialist A&E care was on its way by helicopter. When the Magpas Helimedix team arrived, it was a great relief. Even though the ambulance service paramedics had done a really amazing job, Abaigh clearly had suffered serious, traumatic injuries and needed help”.

“Abaigh was in a bad way, she looked physically very distressed”. Patrick describes, “I remember her eyes rolling, but she showed real determination. She was fighting for her life. Magpas quickly and confidently gave Abaigh enhanced medical attention as well as taking control of the scene and I for one felt better for them being there. They clearly had a plan. They anaesthetised Abaigh and put her in a medically induced coma to reduce the impact of her injuries. They ultimately gave her treatment which I believe saved her life, before flying her to Addenbrooke’s hospital”.

After she was awakened from her coma, Abaigh had to learn how to walk, talk and function properly. Almost 15 months later to the day of the accident and incredibly 10 year old Abaigh has fully recovered! Patrick says, “We will always be grateful to Magpas, as I feel they saved my daughter’s life. Had Magpas not been available at the time of Abaigh’s accident, I dread to think of the outcome. The Magpas Helimedix literally brought a trauma centre to Abaigh and saved her life. I often think of Magpas when Abaigh rides her scooter or plays in the park as her recovery was only made possible by what they did that day. They gave her the foundation and the opportunity to fight and recover”.

Just before Christmas little Abaigh O’Gallagher met the people who saved her life, as she got ready to celebrate her first proper Christmas with her family since the horrific accident in September 2013. Abaigh visited the Magpas Helimedix Operations Base in Huntingdon with her Dad Patrick – who is also in training for an extreme bike riding challenge to raise money for Magpas Helimedix (and the Sick Children Trust). Abaigh’s mother Cassie, Abaigh’s teenage sister Leanne was also joined by Patrick’s training partner Alan (who will be taking part in the fundraising cycling mission with Patrick) and his family. Abaigh met the Magpas Helimedix Doctor Tom Odbert and enhanced Paramedic Sally Boor for the first time since the accident and thanked them; she can’t remember anything about that day, so couldn’t remember anything at all about them until the visit to the Magpas Helimedix Operations Base.

Abaigh’s Dad said, “This is a very happy occasion. Without Tom and Sally, we may not have been all here today. I can’t thank Magpas enough”.