Listening can be an absolute lifesaver! 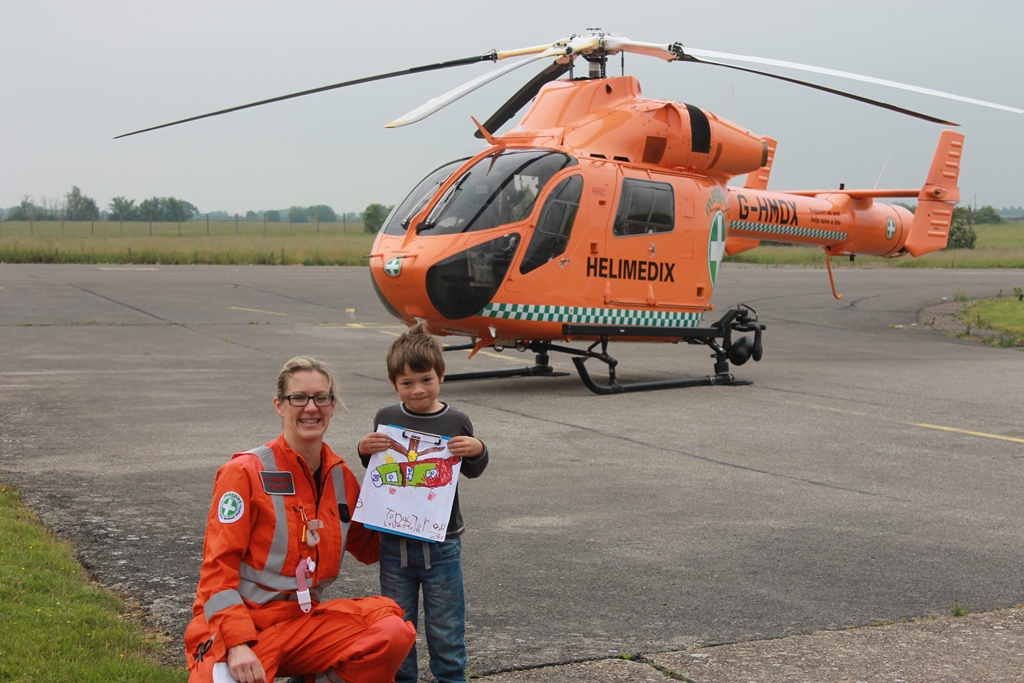 Listening can be an absolute lifesaver!

Ruth Armstrong and Luis Navarro from Cambridgeshire desperately wanted to meet Magpas Dr Ali Tompkins, after she and her fellow Magpas Helimedix Paramedic flew to their seriously sick little boy Zac. He suffered a life-threatening seizure, which left him fighting for breath, on 28th June last year.

Both parents say how inspiring Magpas Dr Ali was that day, especially in the way she went about treating Zac. Ruth and Luis believe Ali gave them a whole new insight into how they could cope with his condition. Zac’s mother Ruth says, “I remember that day so clearly, when Ali and her Helimedix team landed in a near-by field to help Zac. Ali really listened to everything I had to say about Zac”. Ruth goes on to say, “Dr Ali explained, step by step, exactly what she was doing whilst she treated my son and why”.

Zac, who is now five years old, suffers from a rare form of epilepsy which causes acute breathing problems. He experienced his first seizure at two years old. The subsequent seizures became more and more frequent and sadly, so did the emergency missions and resuscitations that followed. In fact, these serious episodes became so consistent, Zac started suffering seizures on a monthly basis, meaning he was in and out of hospital for the whole of last year – which was terrifying for him and his family.

As a result of Magpas Dr Ali’s approach at little Zac’s incident, Ruth has adapted the way she deals with Zac’s condition with not only to his hypersensitivity to drugs, but to the food he eats too. By cutting out processed sugars and processed grains from his diet, Zach hasn’t been back to the Hospital Emergency Department since the end of last year! The whole family believes unequivocally that we are what we eat, whether we suffer from a health condition or not. Ruth says, “It’s really important to think about the food we give our children as well as ourselves. I will remember Ali for the rest of my life”.

Dad Luis has also been trying to encourage a healthy eating attitude amongst his customers who eat at his restaurant called Nanna Mexico. Everything on the Cambridge based restaurant menu, is made from fresh and is preservative free. Luis and his family are so grateful to Magpas for what Ali and the Helimedix team did for Zac, customers will be invited to eat free of charge at the opening of his new eatery, in the Petty Cury, on 17th July. Clients will subsequently be asked to donate how much they feel the meal is worth, in order help raise funds for the lifesaving charity.