Peterborough based Geoff needed Magpas Air Ambulance’s critical care when he suffered a cardiac arrest whilst driving and ended up on the center of the Boongate Roundabout. Geoff explains, “Because my car’s an automatic, it was in gear and still moving forward while I was unconscious. I still have no memory of what happened but witnesses said that I was narrowly missed by an oncoming lorry and my car only stopped when it hit bushes in the middle of the roundabout.”

It was a busy afternoon, just coming up to rush hour and several people who witnessed Geoff’s car hitting the roundabout rushed to help. Geoff said “It was amazing how they all came together as a team, each taking on different lifesaving roles”. As someone broke the window to get him out and stop the car from moving, another person called 999 and crucially someone else started performing CPR. As his ‘guardian angels’, a term Geoff later used to describe those who helped, came to his aid the emergency call came through to the Magpas Air Ambulance team.

The Magpas advanced medical team flew to the scene, landing ten minutes later on the roundabout where Geoff’s car had come to a halt. They provided Geoff with A&E level care there and then, placing him into a medically induced coma – a procedure usually only available in a hospital – to take over his breathing and protect his brain, before airlifting him straight to a hospital that specializes in cardiac care.

Geoff continues, “I was in hospital for less than a week, a recovery time which amazed even the doctors. Once I was home I managed to get in touch with the people who stopped that day, and the Magpas medical team. I just wanted to say thank you for saving my life.

“It was very emotional to come face to face with everyone, including Dr Simon Lewis, one of the Magpas Air Ambulance doctors who treated me. Simon helped me understand what happened, talking through the care I received that day and how it helped me make the recovery I did.”

Two years on and Geoff is still in touch with his lifesavers. He wrote in recently to say, “Today marks the 2nd anniversary of my accident at which the Magpas advanced doctor-paramedic team attended and saved my life. I am pleased to report that I am keeping very well and I will be eternally grateful to Magpas Air Ambulance and the wonderful service that it provides.”

Magpas Air Ambulance can only exist because of the communities within which we work. Without your generous donations, we wouldn’t be able to provide this specialist level of care to people like Geoff and continue to save lives in your community.

If you wish to donate today, you can do so here. Thank you for all your support. 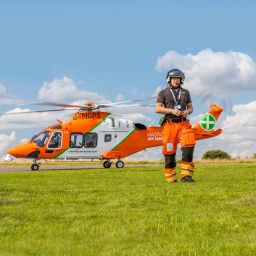 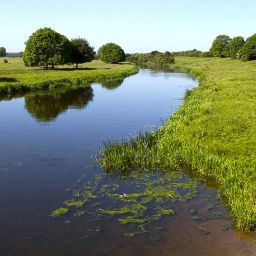 Bike, run or walk for your local air ambulance