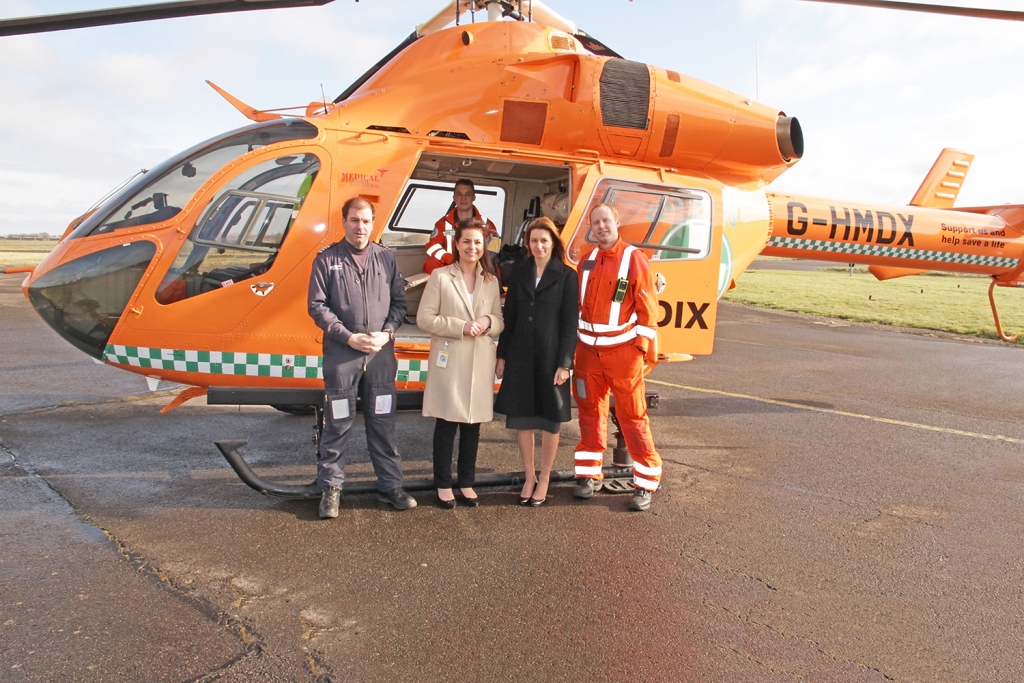 Two local parliamentary candidates, Lucy Frazer and Heidi Allen, have been getting out and about across Cambridgeshire during their familiarisation with the local area. More recently, both women decided to drop in on their local lifesavers, Magpas Helimedix and East Anglian Air Ambulance, to find out what goes on behind the scenes at these crucial organisations.

Lucy Frazer is the prospective Conservative candidate to succeed Sir Jim Paice (who is retiring) in South East Cambridgeshire (including Haverhill and Newmarket). Heidi Allen is the prospective conservative candidate in the running for what was previously Andrew Lansley’s seat in South Cambridgeshire. They were given a tour of the operations bases at Magpas Helimedix in the morning and then East Anglian Air Ambulance in the afternoon. During the visits, the political candidates were introduced to the specialist doctors and paramedics on shift. Heidi and Lucy were given a detailed insight into the enhanced level of care both organisations bring to seriously ill or injured patients, by air ambulance or rapid response car in Cambridgeshire and the East of England.

When asked to give their thoughts about the day, Lucy Frazer explained, “East Anglian Air Ambulance and Magpas Helimedix do such a tremendous job on behalf of our communities. Talking to the doctors and paramedics, it was clear that they were passionate about the work they are doing. I am delighted to support their service“.

Heidi Allen added, “It’s no wonder the public are so supportive of organisations like Magpas Helimedix and East Anglian Air Ambulance. To hear the crew talk about their experiences and the people they have saved is truly humbling”. Heidi summed things up by saying, “All in a day’s work for the team, but so much more than that to those who have needed their help. They are dedicated to offering the very best lifesaving skills in the region and that is something they should be very proud of”.