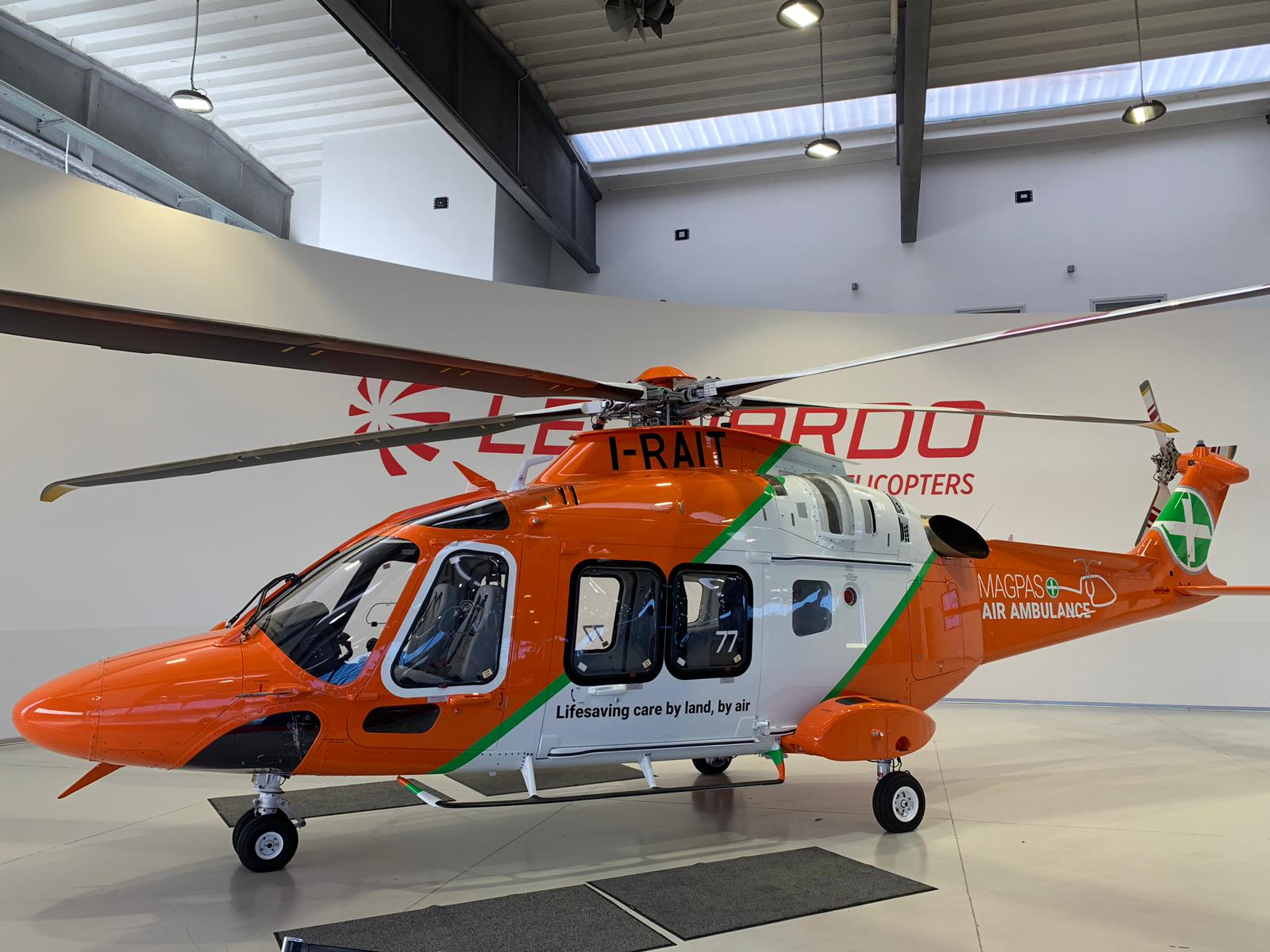 The Further, Faster, Greater Appeal: A next generation air ambulance for your community!

The current Magpas Air Ambulance MD902 Explorer entered service 17 years ago and has been with the charity since June 2012. Whilst it has flown to thousands of patients over the years and helped the charity respond to it’s highest number of activations ever in 2017, it is now coming to the end of it’s operational life. As of 26th June 2018, a two-year appeal to raise £1.5 million was launched to bring a new, state of the art helicopter to the region. The Augusta Westland 169 (AW169) will become the new Magpas Air Ambulance and will be able to fly further, faster and allow the lifesaving service to reach an even greater number of patients.

Fern and Clare know first-hand the vital difference Magpas Air Ambulance can make and ask you to show your support. Fern was just 6 when she was seriously injured in a horse fall. The Magpas Air Ambulance enhanced medical team flew to Fern and provided her with A&E level care there and then, before airlifting her to hospital – taking Clare with them so she could stay by her daughter’s side.

“We urgently need support from the communities within which we serve, to raise £1.5 million, in order to bring the new Magpas Air Ambulance to the East of England and beyond by the summer of 2019.”

Preparing for a new Magpas Air Ambulance: our pilot’s perspective

Magpas Air Ambulance Pilot Captain Chris Sherriff, 45, from Cambridge has spent over half his life flying helicopters. He explains, “At the age of 23 I decided to become a helicopter pilot and I was specifically interested in the medical emergency services because of my dad. He was a doctor who volunteered with Magpas years ago; I remember family days out as a kid and ending up at road traffic accidents because he’d been called to help.” “I spent many years saving and training, working towards my end goal of flying an air ambulance. I have now been an air ambulance pilot for over 10 years and started flying with Magpas in May 2018.” One month after Chris joined Magpas, we announced that our current aircraft (the MD 902 Explorer) was coming to the end of its operational life and would be replaced with an Augusta Westland 169. A next generation helicopter that will fly further, faster and help their medics reach an even greater number of patients. Before the new Magpas Air Ambulance becomes operational our pilots undertake a training course specific to the new aircraft. The course is run by Leonardo, the helicopter manufacturer, and takes place at their training academy in Sesto Calende, an Italian town north of Milan. Describing his experience, Chris says, “The course was split into two halves; I spent my first two weeks there at ground school, which is all classroom based, and my second two weeks practicing in a full motion simulator which is mocked up to look and feel exactly the same as the cockpit of the AW169. The graphics are excellent and you’re so immersed that you treat it as if it’s a real helicopter and a real flight. They put you through every possible scenario and you learn what to do in each situation. “Only once you’ve passed the tests do you actually get to fly in the real helicopter, and it was such a great aircraft to fly. It’s not just the cabin that’s bigger – the cockpit where the crewmember and I sit is much bigger too. The avionics suite (all the buttons, gadgets and levers) is way more advanced than our current aircraft – which gives us a greater capability both day and night. It’s all such modern tech, which in turn will let us do so much more and bring an even greater level of care to the patients we fly to.  “I’ll miss elements of the MD 902, but the greater capability of the new AW169 will far outweigh that and be such an important addition to our lifesaving service.”

Support this appeal and make a donation

If you would like to discuss how you can support our Further, Faster, Greater Appeal in more detail then please do get in touch. Just call 01480 371060 (option 2).