From the scrap yard to the finishing line! 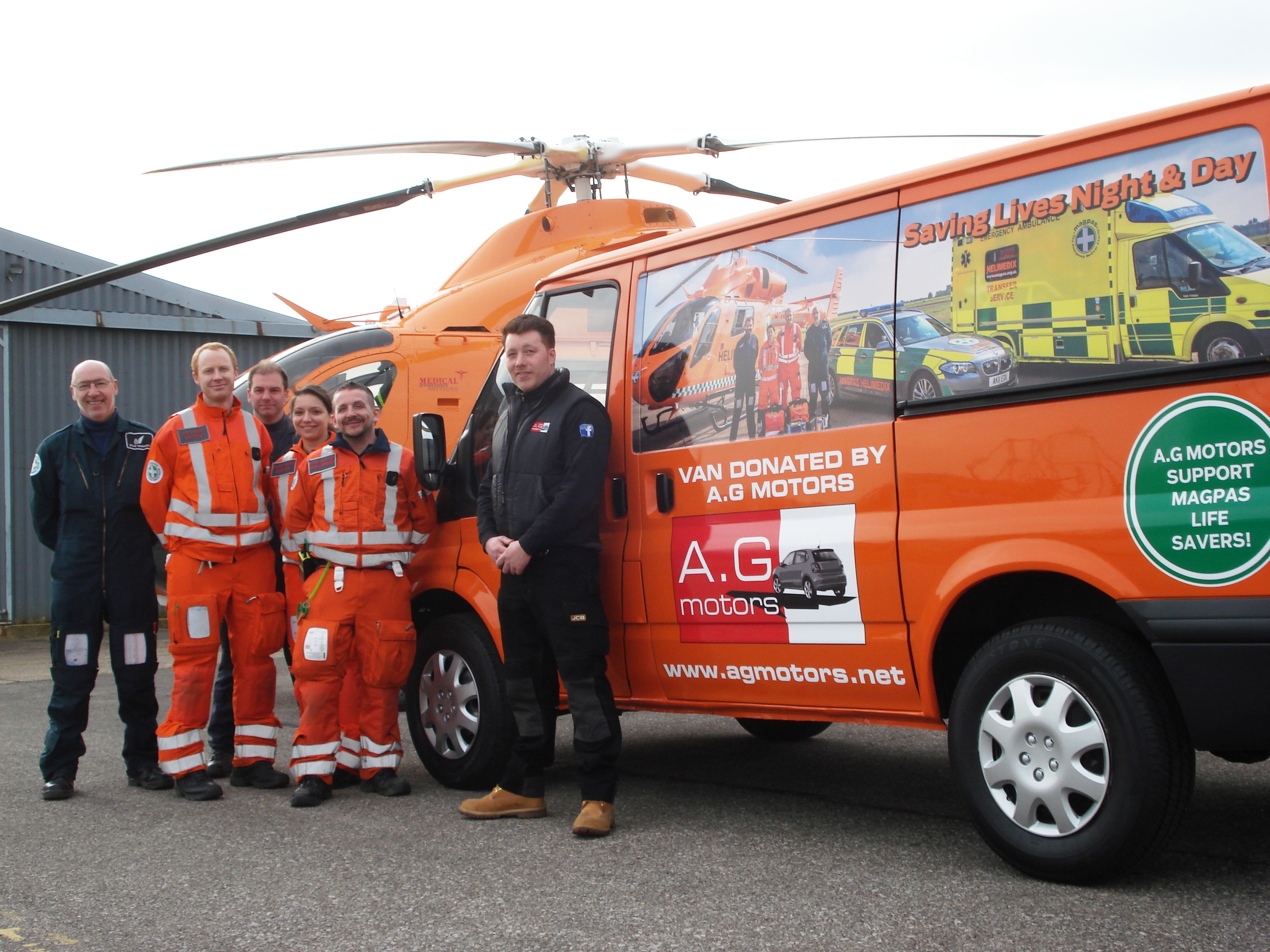 Take one dilapidated old van, a dedicated Cambridgeshire mechanic, an ‘A-Team’ of talented vehicle technicians and the outcome can be inspirational!

In November 2013, the Managing Director of AG Motors in Papworth Everard, overheard that an events van was urgently needed for lifesaving charity Magpas Helimedix, so he offered to step in and help them out. MD Aaron was only 21 when he set up his business in 2009, “I originally opened the garage for retail and grew the business, now I support the Ambulance Service and deal with other fleet work. Because I work with the emergency services, I really respect the specialist work Magpas does. Knowing that my children or anyone in my life could need Magpas Helimedix at any time, I wanted to assist them in the best way I could”.

Ever determined, Aaron Ginn then set to work finding a suitable four wheeled solution. Then in March last year, he found a 2002 transit van which also happened to be Magpas’s official charity colour, orange! Aaron explains, “The van was pretty much scrap and ready to finish its life”, but he still decided to buy it, before setting AG Motors the challenge of giving it some serious restoration. Approximately 60 hours’ worth of elbow grease and over £10,000 have since been spent on the tired transit.

A year later, it looks almost as good as new! Aaron says, “Yes, we’ve revived it and it’s finally roadworthy”. He went on to say, “The biggest test, other than finding the time to work on the van, was the rust which was eating the metal away! I’m proud to say that all 10 members of the AG Motors team got stuck in and worked on the van at some point”. Recently the new-look, orange mean machine was driven over to the Magpas Helimedix Operations Base, where Aaron handed over the keys to the Magpas Helimedix team on shift.

Asked how he felt about this pivotal moment, he replied, “I’m really happy with the outcome, after everyone’s commitment, now’s the time for the van to shine”. Aaron ended by saying, “This is a real milestone for me; from leaving school, to running a business, to getting to the stage when I can do something like this – it’s given me a real sense of achievement”.

The Magpas van is now out on the roads across Cambridgeshire and beyond, so you can see the fruits of AG Motor’s labour for yourself! Antonia Brickell, Head of Communications at Magpas, summed things up by saying, “The AG Motors team have been truly inspirational! Once Aaron assigned himself to the project of finding a van for us and giving it a new lease of life, there was no stopping him! We are immensely grateful to him for his dedication to the cause. You’ll see the van out and about at big fundraising events, we’ll also be using it at training courses as well as for moving medical equipment from the Magpas Helimedix Operations Base to the Magpas Fundraising HQ”.