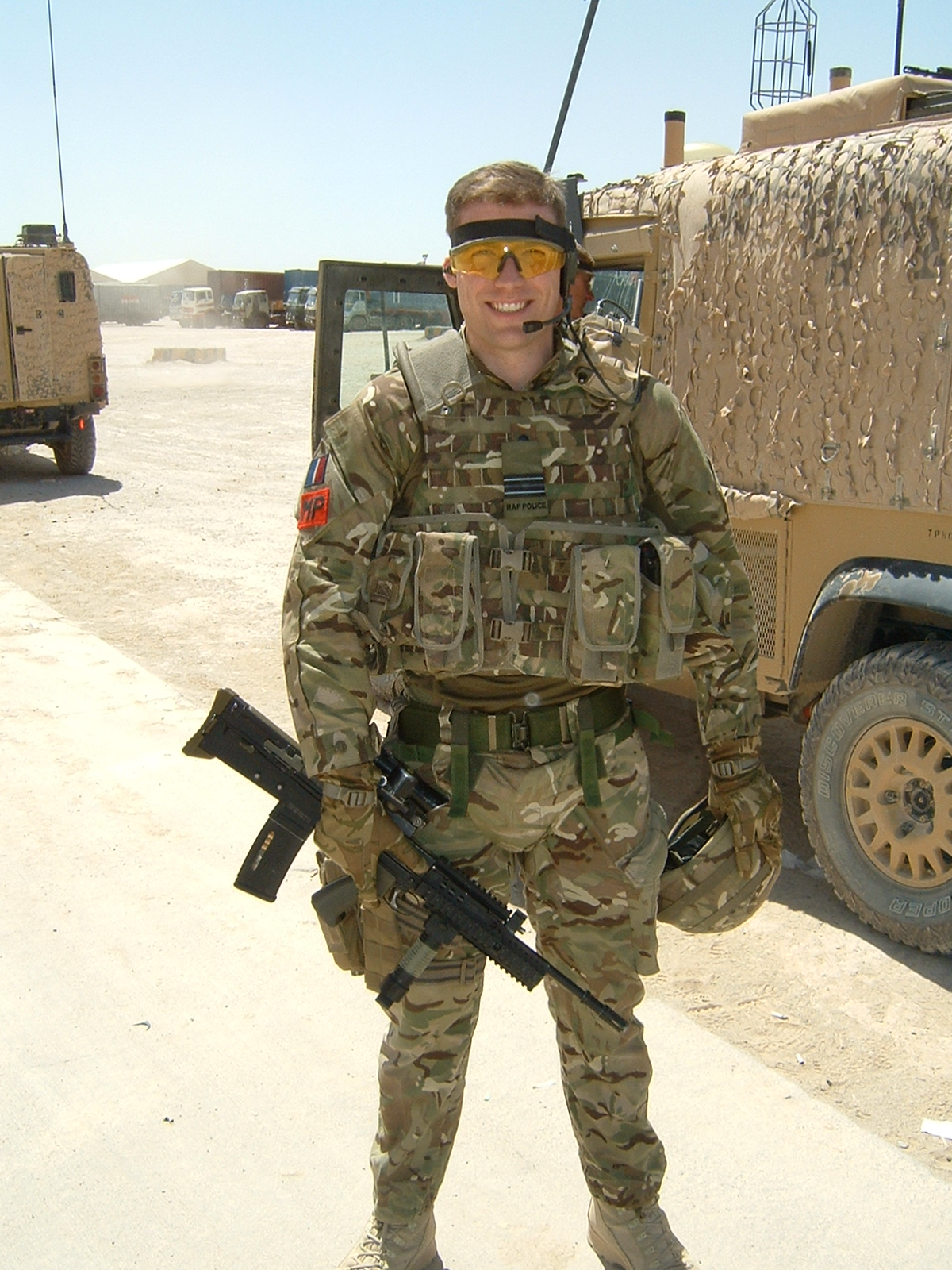 Photo caption: Tom Fletcher in 2012, serving in the RAF in Afghanistan

Managing Director of Cambridge’s Jackson Fire and Security has chosen to support Magpas after experiencing first-hand the importance of emergency medical teams.

Tom Fletcher, 30, served as second-in-command of a security squadron within the RAF, embarking on a 6 month tour of Afghanistan in 2012. During his time there, Tom quickly understood the vital need for the Medical Emergency Response Team (MERT) and its helicopter, which was effectively a flying A&E for those injured during the conflict. Squadrons relied on the MERT to provide critical care in medical emergencies whilst they were out on patrol. Luckily, despite never needing the MERT personally, Tom fully appreciates how crucial a service of this level can be, for patients with life threatening injuries.

Since coming back from the Middle East, Mr Fletcher thought it made absolute sense to support a lifesaving team close to home. The Huntingdon resident subsequently left the RAF to set up the Cambridge branch of Jackson Fire and Security earlier this year. After hearing about the specialist care Magpas provides in the area, Tom jumped at the chance to help out, kindly offering to provide both the Charity HQ and Helimedix base at RAF Wyton with free fire and security services.

Mr Fletcher said, “Providing free services for Magpas is my gift of thanks to this charity’s specialist emergency medical teams. It’s great to know that Magpas delivers trauma care to the East of England for those in life threatening situations.”