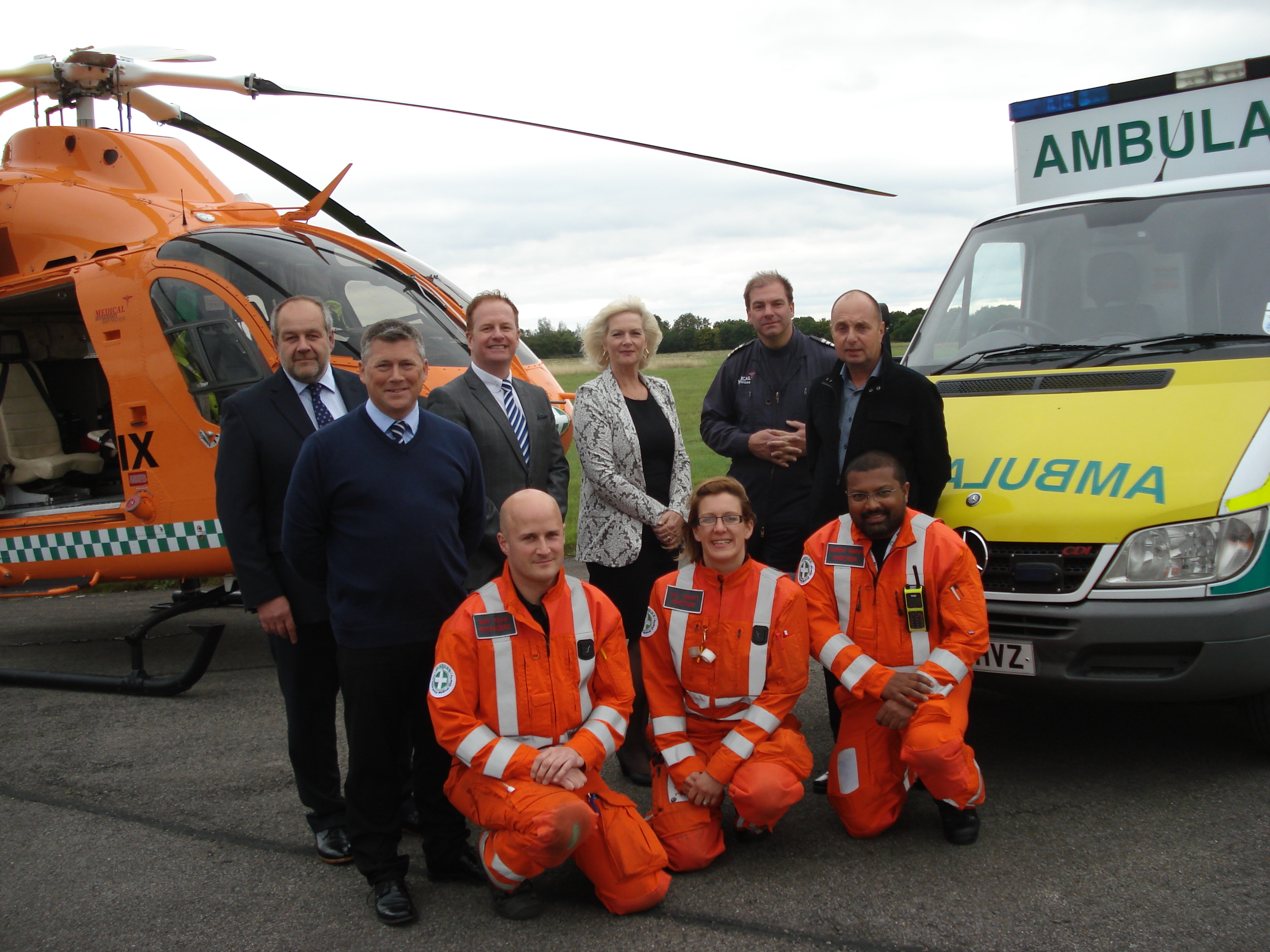 Phil Gibbs, MD at Alfa Tail Lifts Ltd, has worked with Air Ambulance charity Magpas over the years, fixing the organisation’s training ambulance on many occasions. After an abundance of tail lift repair requests, Phil decided the lifesaving charity could definitely do with a replacement ambulance – and so he set to work!

Phil bought an old ambulance with lots of potential. He then gathered his contacts from around the Eastern Region and asked them to step in and help him give the vehicle a full face-lift, both inside and out. First port of call was Mercedes Orwell Truck & Van (based in Ipswich, Norwich, Newmarket and Colchester) for the maintenance and servicing of the ambulance. Contracts Director Ryan Cory from Orwell Truck & Van explained, “We went over the vehicle with a fine tooth comb and put hours and hours of work into making it 100% roadworthy”. Ryan then went on to say, “We are proud to be associated with the emergency services, supplying the East of England Ambulance Service Trust with a lot of their ambulances and so we were delighted to get involved and help out Magpas – their partner and very worthwhile cause”.

Next stop for Phil was the livery and paintwork for the ambulance. Who better to ask to assist than David Simonds, MD of Full Circle Enterprises Ltd in Banham in Norfolk, who immediately agreed that he and his team would like to play a valuable role. Full Circle Enterprises spent around £2,500 worth of man hours and paint on these emergency four wheels, leaving it looking as good as new! Director Karen Simonds said, “We have great relationships with other emergency services and so it seemed the obvious thing to do. Magpas does a marvellous job. Thanks to the specialist skills of their paramedics and doctors, an awful lot of people survive horrendous situations who otherwise wouldn’t”.

Project leader Phil and his fellow counterparts collectively spent around £40,000 on the Magpas ambulance makeover – and proudly visited the Magpas Operations Base recently to officially hand over the impressive looking and sounding (engine wise) vehicle. Phil summed up why Alfa Tail Lifts chose to support Magpas, “The level of training Magpas provides these already experienced senior doctors and paramedics really stands out. They are trained to administer lifesaving anaesthetics in some small spaces and so having a decent ambulance to work in is crucial for the organisation. Giving them a revamped version just seemed like the natural thing to do”.

Magpas are extremely grateful to Alfa Tail Lifts, Orwell Truck & Van and Full Circle Enterprises Ltd for the “excellent team work, absolute dedication and hard work involved in renovating this ambulance”, Antonia Brickell Head of Communications at the Charity said. “They all just got on and did it – and then contacted us to say the ambulance is ready! This will help us no end, as we continue to bring lifesaving care by land and air to patients in life-threatening emergencies, in the East of England and beyond. Thank you”.