A busy month of fundraising! 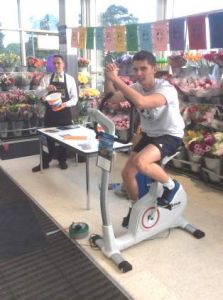 We have had many, many exciting and varied fundraising events and supporter engagement over the last few weeks.

Gibbs Denley Insurances Services are celebrating their 25th anniversary and chose Magpas as their charity of the year. To celebrate these two things, they put on a sponsored static cycle ride to cover the distance between there three offices in Swavesey, Bury St Edmunds and Chelmsford – some 80 miles. The 80 miles also covered the distance of previous Magpas incidents, so ever mile they cycled was the route that our emergency team had done. This was a great motivational tool and a way to learn about some of our former patients’ and the varied incidents that our team undertake. Gibbs Denley have raised nearly £600 and their Just Giving page is still open: https://www.justgiving.com/fundraising/cycle-for-magpas

We went to visit the children at the Sunflower seed pre-school near Peterborough to tell them all about Magpas Air Ambulance and to show them some of our equipment and support car. The school are longtime supporters of Magpas, and even have their own dedication wall full of lovely pictures and drawings of our helicopter. The children asked lots of questions and engaged in learning all about our lifesaving service

Over at Sibson Airfield lots of Magpas supporters jumped out of a plane and skydived all in aid of Magpas!
A whole host of brave (foolhardy?) Magpas supporters skydived in slightly windy, but sunny conditions. Our incredible jumpers were Jenny Luckett, raising £175, Alex Davenport raising £690, Dave Moore raising £3,640 and Lauren Payne raising £350. Our other jumper was Dudley who completed his jump on his Golden Wedding Anniversary! Dudley was inspired to jump after hearing a talk at his local Rotary club by Magpas and signed up immediately after!

We welcomed new supporters from The Animal Experience team to the base who are proud supporters of Magpas Air Ambulance. Thanks for coming Hazel, Kayleigh, Lee and little Charlie.

Finally, the staff at Waitrose Cambridge cycled 335 miles over 23 hours from Cambridge to Paris, on one static bike. The team took over the foyer, created t-shirts and posters, as well as making cupcakes and along with generous donations from the public, raised an incredible £1,613.95. 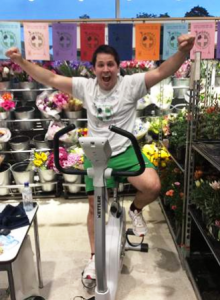 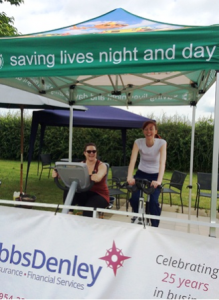 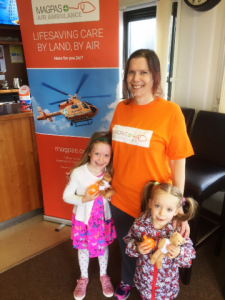 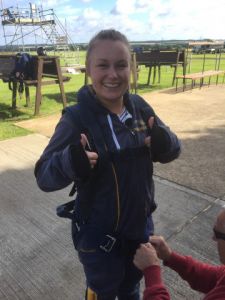 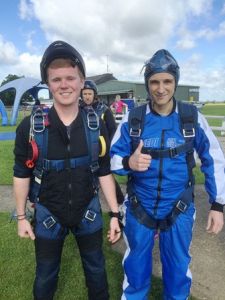 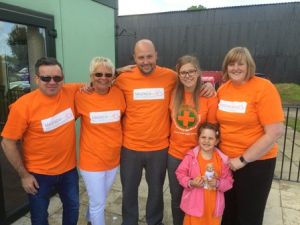 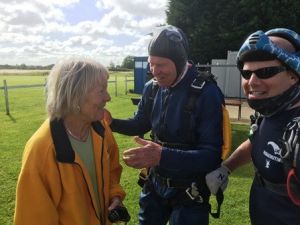 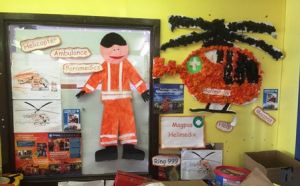 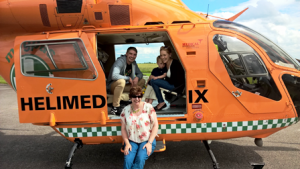 We would like to thank all our fantastic fundraisers and supporters for the varied, diverse, and inspirational fundraising that they have done for Magpas Air Ambulance. 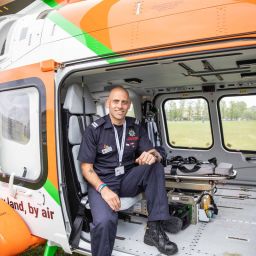 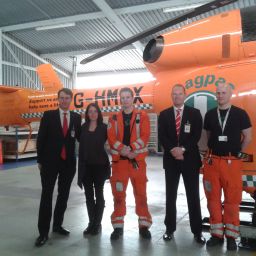 Spontaneous donation for frontline medical care
We use cookies to ensure that we give you the best experience on our website.OkPrivacy policy