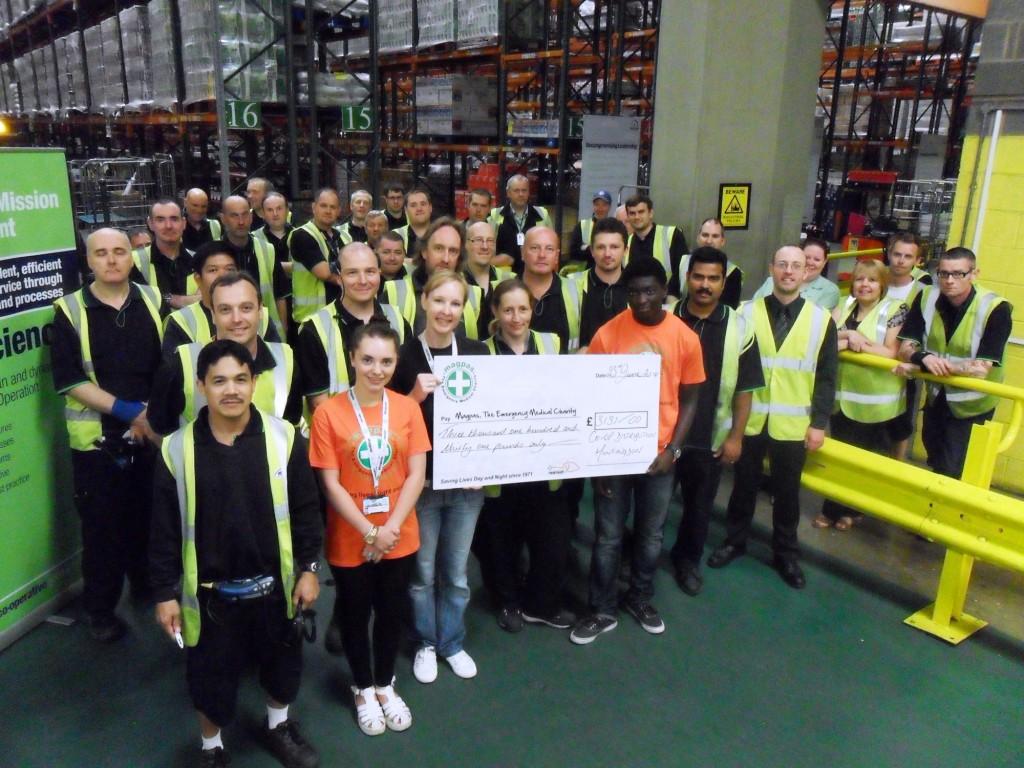 Little did the distribution depot staff at Huntingdon Co-op know, within a matter of weeks of voting Magpas Helimedix as their charity for 2014, they would be receiving news that they would soon to be made redundant.

Despite this sad turn of affairs, the depot team continued to raise a staggering £3131.00 for Magpas in just three months! Staff and management held quizzes, raffles and raised money by selling damaged stock to the staff (that was unsellable in the stores). Commenting on this incredible sum, Inventory Manager Jim Aitken said, ‘The staff made a conscious effort to support Magpas until the very last day at work and to raise as much as possible. The enormity of what Magpas does is overwhelming and I would urge more people to support them’.

The depot has also generously donated the books from their book exchange to the Magpas Charity Shop, along with other items. The shop is based at the Magpas Fundraising HQ at Centenary House, St Mary’s Street, Huntingdon.

Fundraising Manager for Magpas, Debbe Florence, said, “We are overwhelmed and extremely grateful for this phenomenal donation from all the staff, especially during such challenging times. We wish them all the very best for the future”. Debbie went on to explain, “The funds raised will help our Magpas Helimedix to continue to provide specialist care for severely ill or injured patients, by helicopter or rapid response car, at the scene of serious medical emergencies in the East of England and beyond”.