Enhanced medical teams from Magpas Air Ambulance were called to two separate road traffic collisions within a few hours of each other yesterday (28th) evening.

At 5.19pm on Thursday Magpas Doctors Scott Knapp and Al Steel and Paramedic Ollie Robinson landed at the A1101 north of Wisbech via the Magpas Air Ambulance. They had been called to treat a woman injured in a collision between a car and lorry.

The Magpas specialist medical team assessed the woman (in her teens) who had sustained multiple injuries and gave her advanced pain relief at the scene (providing her with A&E level care). They then airlifted her to Addenbrooke’s Hospital, Cambridge. She was in a serious but stable condition upon arrival at hospital.

The helicopter crew who flew the medical team and patient were Pilot Andy Figg and Crewmember Lee Kennedy.

Later that evening at 11.52pm, Magpas Doctor Charlotte Haldane and Paramedic Ashley Richardson responded to an activation in Wisbech via rapid response vehicle. They were called by the East of England Ambulance Service to treat a man (in his 20s) injured in a single vehicle collision. The Magpas medical team assisted an EEAST Ambulance Service paramedic crew who took the patient to hospital in a stable condition.

Cambridgeshire Police were also in attendance. 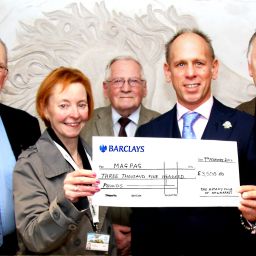