At 8:49pm (6th), Magpas Helimedix (Doctor Jon Birks, Paramedic Simon Standen and Doctor Rod Mackenzie) arrived in the Stanmore area of Hertfordshire, via the Magpas Helimedix Air Ambulance – after a man (in his 60’s) went into a cardiac arrest, whilst in a car.

The Magpas team arrived, an EEAST Ambulance Crew were performing advanced life support. The Helimedix team anaesthetised the patient and provided specialist A&E level care at the roadside, before flying the man to Harefield Hospital for immediate attention. On arrival at the hospital, the patient was in a serious but stable condition.

All the Emergency Services worked extremely well together.

The Magpas team would like to thank a female passer-by, who also happened to be a nurse, for providing CPR prior to the Emergency Services arriving. 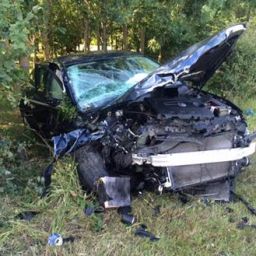