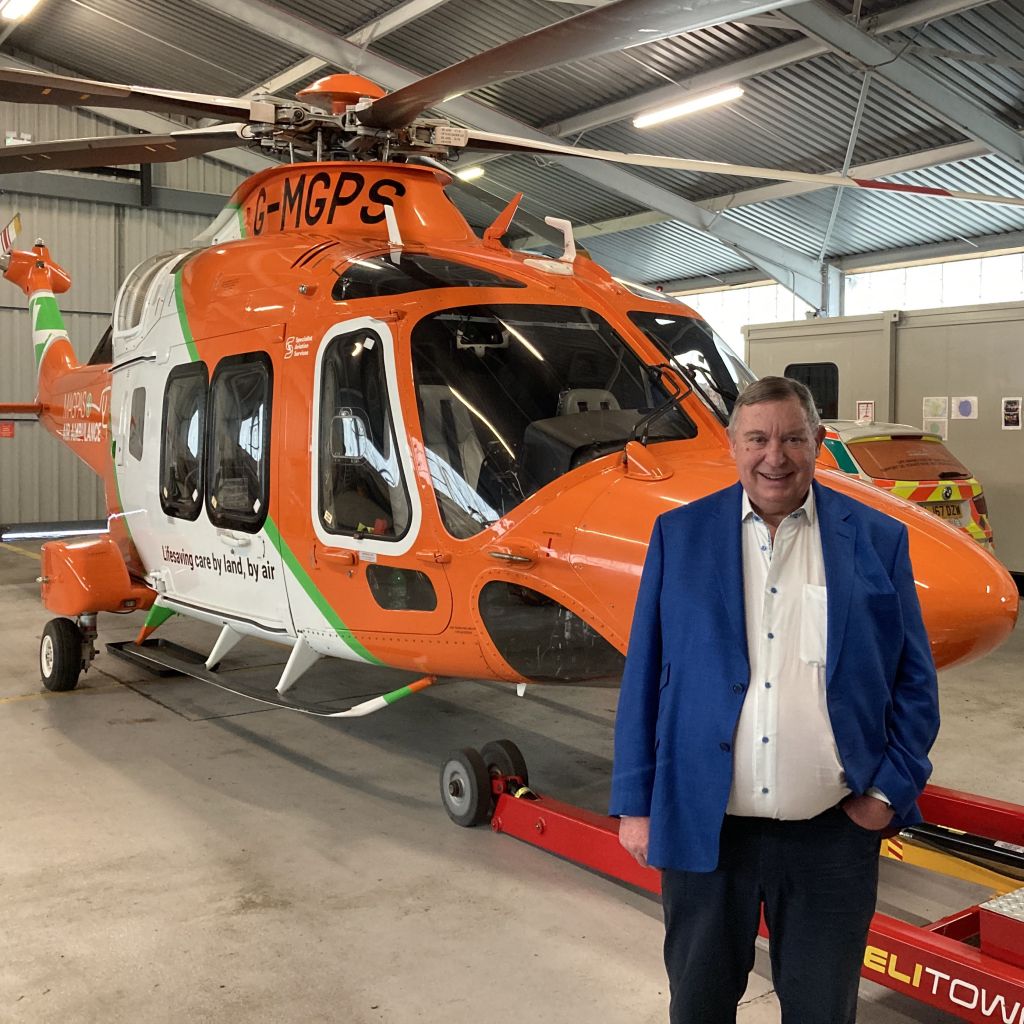 John Bridge OBE DL, from Cambridgeshire and previously the Chief Executive of the Cambridgeshire Chambers of Commerce for 17 years, has been appointed as Magpas Air Ambulance’s Chairman.

John brings with him a wealth of business knowledge and experience and has been committed to driving the region’s success throughout his 50 year career. In 1997 his achievements were recognised when he was awarded an OBE in Sir John Majors resignation honour’s list and in October 2014, John was appointed as a Deputy Lieutenant to the HM Lord Lieutenant of Cambridgeshire.

John takes over the role from Dr Nigel Brown OBE, who ended his 10 years as Chairman of the local lifesaving charity earlier this year in its 50th anniversary. During his time at Magpas Air Ambulance, Nigel led the charity to become the first air ambulance service in the region (and only second in the country) to provide 24/7 critical care as well as overseeing the introduction of a new state of the art helicopter.

John Bridge has joined the organisation at a crucial time for Magpas Air Ambulance as they look towards the next 50 years of saving lives by starting work on plans for a purpose built air base, headquarters and training centre at Alconbury Weald. John, who was already the chair of the Magpas Future 50 Appeal, which was established to raise the remaining £3million to complete the base build project, will now also lead the Charity’s main board of Trustees.

John explains, “Over many years, I have witnessed the Magpas Air Ambulance flying through our skies to provide lifesaving care to someone whose life hangs in the balance. I’m always mindful that this life could be someone I know or someone I care about very much or I myself might one day need their service. Magpas Air Ambulance provides vital care for our community that we have been fortunate to have benefitted from for the past 50 years. I am immensely proud to become the Chairman of Magpas Air Ambulance at such an important time for the charity, as well continuing to lead the appeal to build a new bespoke airbase creating the foundation for the organisation’s next 50 years”

Daryl Brown MBE DL, Chief Executive of Magpas Air Ambulance, says “I am very pleased that John has agreed to become the Chair of the Board of Trustees. Dr Nigel Brown led the board to such incredible achievements in the past 10 years and provided such great support to the charity, especially through the challenges of COVID-19. John joins as we celebrate our 50th anniversary and will help shape our plans to ensure the next 50 years of Magpas Air Ambulance are as successful, so many lives are saved each year because of this incredible charity. I have known John for a number of years through his many roles in the county and he will bring great energy, knowledge and enthusiasm to the role. He is also united in our mission to provide the very best emergency care for the region, available to anyone, anywhere in their moment of need. We’re extremely lucky to have John join us as Chairman.”

John will be reaching out and speaking with local business and prospective individuals in the near future about Magpas Air Ambulance and the Future 50 appeal. 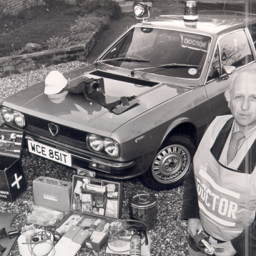