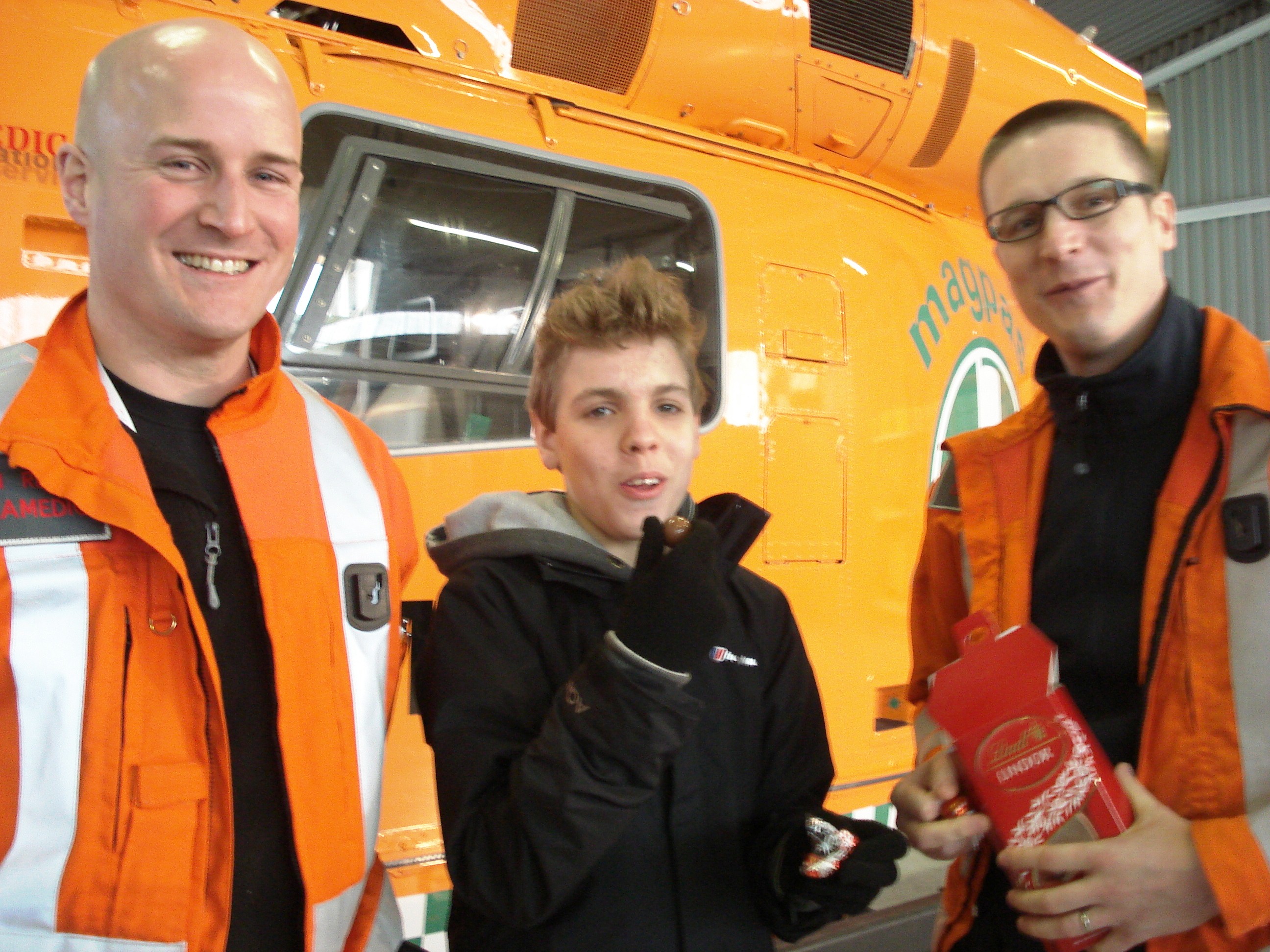 Photo caption: Daniel Milson eating his first chocolate for 368 days – all in the name of Magpas lifesavers!

Daniel Milson, from near Yaxley, has just completed the kind of challenge that would leave your average person (be they adult or teenager), quaking in their shoes at the sheer prospect…especially during the recent festive season!

On the morning of 1st January last year, 13 year old Dan suddenly announced to his family that he was going to give up chocolate for a whole 365 days and ever since, he has stuck to his pact without so much of a sniff of a Mars Bar! Not even his Home Economics class, with all his form mates cooking a yule chocolate log, could temp him to the dark side. Instead, he was the only student to opt for making a Swiss Roll. As if that isn’t impressive enough, Dan waited an extra three whole days, until the first weekend of the new year, to be awarded his first taste of cocoa by the lifesaving team he’s been raising funds for over the past 12 months.

Dan’s mum Mel explains, “We’re so impressed by his will power and strong mindedness, not once has he dissappeared for a sneaky chocolate bar”. Mel goes on to say, “I’ve got so used to checking the ingredients of anything I’m cooking, for any sign of chocolate; Daniel’s been really strict about everything and anything he been eating”.

It was Hilary, Dan’s aunt, who suggested he choose a locally based charity to support during his sponsored chocolate fast. She told Dan all about the organisation she and her work colleagues support – and very soon, his mind was made up. Peterborough, Cambridge and Northampton based recruitment specialists THE ONE GROUP have been supporting Magpas Helimedix for over seven years now. Magpas brings A&E care by land or by air, to patients with life threatening injuries, in the East of England and beyond.

Ever since making his decision as to who to raise funds for, Dan has been 100% committed to the cause. He says, “Knowing what this charity does is very inspiring, with people giving up their time to save lives, whether it’s day or night”.

Mum Mel points out, “None of us know when we might need Magpas Helimedix, it’s the perfect choice of charity. Even Daniel’s younger brother James (who’s 10) is on board and has donated his pocket money too”.

To honour Daniel’s fasting accomplishment and £500 fundraising target; he and his family visited the Magpas Helimedix Operations Base. The Magpas Helimedix team on shift presented Daniel with his favourite type of chocolate, in front of the Magpas Helimedix Air Ambulance and Rapid Response BMWs, to thank him for supporting the crucial service Magpas provides. Daniel has at last broken his 12 month and 3 day pact to finally take his first, well-earned bite of CHOCOLATE!

Magpas Helimedix Paramedic Dan Read said, “We rely wholly on charitable funding to be able to do what we do at Magpas. What Dan has done is hugely impressive, we’re really grateful to him for supporting us, so that we can continue to help patients in their moment of need”. 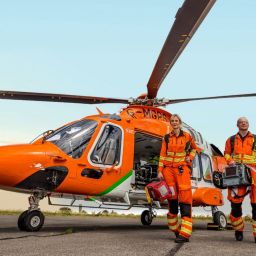 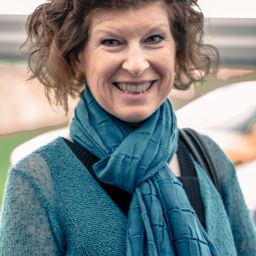 Moira is from Cambridgeshire, this is her story